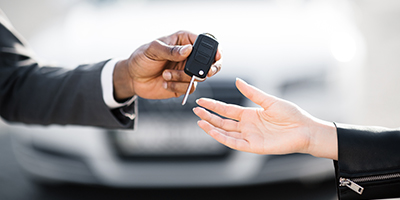 If a vehicle is owned or supplied by a business, non-owned and rented cars represent a problem when they are insured under a basic business auto policy. Such policies either provide little or no coverage when a loss involves personal use or use by a person who is NOT the vehicle’s owner. That’s why drive other car coverage is so important. Otherwise, serious coverage gaps may exist, such as:

A basic business auto policy does not provide liability coverage for operating a hired or non-owned car. The individual is only covered while driving their company–owned vehicle.

Example: Joe has no personal auto policy since his employer supplies and insures the car he drives. One day Joe accompanies his friend to a bachelor’s party. Later in the evening, his friend drinks too much and asks Joe to drive them both home. On the way, his friend passes out, distracting Joe from noticing a stop sign. Joe crashes into a minivan. The friend had minimum limits on his policy, and Joe is left with no insurance coverage for the damages and injury he caused.

Example: Cindy and her parents drive her dad’s company-owned car, so they don’t have a personal auto policy. Cindy’s pal, Karen, invites her to go shopping at a mall. Halfway there, a pick-up strikes Karen’s car, and Cindy was seriously injured. The other driver was uninsured, and Karen’s policy carried minimum uninsured motorists (UM) limits. Expenses not handled by Karne’s UM coverage are now the responsibility of Cindy’s family.

No coverage is provided for physical damage losses to any hired or non-owned car.

Example: Ginger hated the boredom and inconvenience of driving her husband’s company car, the only one in the household. Her neighbor, Jake, was selling his sports car, which he couldn’t afford to insure. Ginger liked the car, so she took it for a test drive. However, she took a sharp turn too fast, ran off the road, and hit a tree, demolishing Jake’s car. She had to pay for the damages herself since the insurance on her husband’s company car did not cover the loss.

There is an option that could close these gaps. Amend a business auto policy with Driver Other Car Coverage. This option can be used to expand the policy to list and protect other persons and situations. Typically, the following coverages are provided by the option:

See below to see how this option works.

We mentioned that households who don’t have personal auto coverage because the vehicle they use is owned by a business face coverage gaps. The gaps are due to the limitations of basic commercial auto coverage. The problem is solved by adding the ‘Drive Other Car Coverage’ option. The option is usually flexible to meet various needs.

The additional protection can extend liability coverage to non-owned or hired vehicles as long as the amended policy lists all members in the driving household. There are two exceptions. First, no member of the household can own the vehicle. Second, the vehicle cannot be involved with running a business as a car dealer, repair operation, or parking lot.

Let’s revisit Joe. Remember that Joe hit a minivan when he ran a stop sign. The accident happened while he was operating a friend’s car. If Joe’s commercial auto policy was amended by a Drive Other Car Coverage form, he would have coverage up to the amount that appears in that form. Coverage would apply to the damage and injury caused by Joe.

A Drive Other Car Coverage form extends Auto Medical Payments and Uninsured and Underinsured Motorists Coverage to protect non-owned and hired vehicles when driven by any member of the insured household. For instance, while returning home from a shopping trip, Cindy was the injured passenger. She is covered for underinsured motorist coverage under a policy modified by her Driver Other Car coverage.

Another issue handled by a Drive Other Car Coverage option is Physical Damage Coverage for non-owned or hired vehicles. The coverage expands the definition of a covered auto to include a private passenger-type vehicle that is under the control of the scheduled individual and the spouse. In the situation in part one featuring Ginger and Jake, the same tree abuse happens during the test drive, but this time the company policy on her husband’s car is modified by a Drive Other Car Coverage option. That insurance will pay Jake for the damage to his vehicle.

If your household’s vehicle situation is similar to what has been discussed, you might want to get together with a Hertvik Insurance Group advisor to arrange for proper coverage.

This website uses cookies to improve your experience while you navigate through the website. Out of these cookies, the cookies that are categorized as necessary are stored on your browser as they are essential for the working of basic functionalities of the website. We also use third-party cookies that help us analyze and understand how you use this website. These cookies will be stored in your browser only with your consent. You also have the option to opt-out of these cookies. But opting out of some of these cookies may have an effect on your browsing experience.
Necessary Always Enabled
Necessary cookies are absolutely essential for the website to function properly. This category only includes cookies that ensures basic functionalities and security features of the website. These cookies do not store any personal information.
Non-necessary
Any cookies that may not be particularly necessary for the website to function and is used specifically to collect user personal data via analytics, ads, other embedded contents are termed as non-necessary cookies. It is mandatory to procure user consent prior to running these cookies on your website.
SAVE & ACCEPT
Hertvik Ice Sculpture and Giveaway at Medina Ice Festival Learn More
Skip to content